We just got our hands on an invitation to try Inbox by GMail. 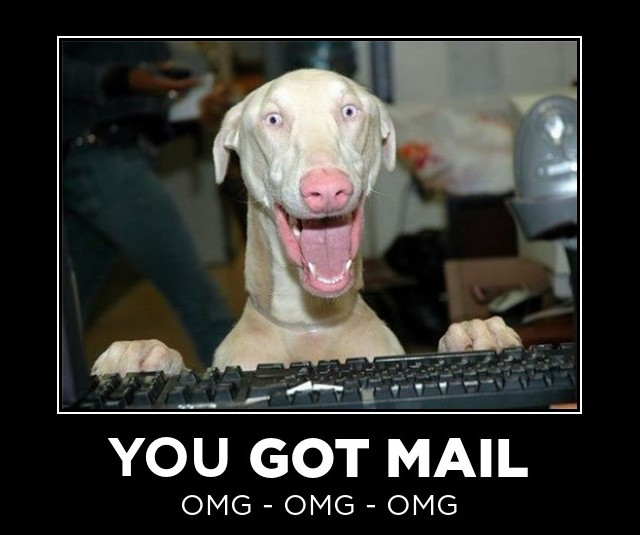 Inbox is a great tool that reinvents the way of interacting with e-mail, but you can read about that elsewhere. We are going to focus exclusively on the little details included in its awesome interface.

TL;DR Inbox does a lot of things extremely well.

"This e-mail is your invitation"

Where do you introduce your invitation code? You don't:

As long as this email is in your Gmail, you can download the app and activate Inbox by Gmail on that account.

If you don’t want this invitation, pass it on to a friend by forwarding this email.

It makes sense that your e-mail application should be able to detect the invitation in your inbox. It works like a charm, and is a simple solution when ending up with multiple invitations.

Nothing will simply appear on the screen, as transitions have taken the place and are running wild. Much Material. So Design.

The result feels natural: from the new interface 'Path-style' to the horizontal sliders, everything contributes to produce a polished experience.

There is so much difference from the traditional e-mail app that you can find a contextual onboarding process for almost everything.

The refresh icon will change size, color and even the arrow head as it's being pulled. Inside a bundle the associated action will change, though: from "refresh" to "return to inbox". Pulling a message up or down will also return to the inbox.

This app really shines in the small details.

Meanwhile, in the web...

Inbox comes in three flavors: Android, iOS and a Chrome App. Being super excited with the Android app, we decided to give Chrome a try.

And... it's not the same thing: for starters, the application will display something almost instantaneously, only to keep downloading up to 1.7MB during the next 60 seconds. As a point of comparison, GMail downloads 600KB in 20s. With an empty cache, both applications are approximately the same (6MB).

All things considered, this is a first release and GMail had ten years to improve performance.

This is probably the most impressive thing ever written in GWT to date. Even with this size the performance feels mostly OK, but less smooth than the native version.

The design is fluent but not responsive. Maybe it's not that important for a Chrome App, as Inbox does not pretend to be a responsive website. Native mobile and Chrome apps (and no website) is a perspective that you don't see often, so it's hard to compare.

As expected, there are still a couple of features missing: Google Apps accounts are not supported at this time and you cannot undo send, which can be a showstopper for some. Still, as first impressions go, this is a hell of a first release.

This is one of these things that should exist, but didn't. An application to pick a random tweet, given…