Logging is a commodity, which is argot to mean that I simply don't care as long as it gets out of the way. Recently I had to revisit my own logging decisions based on a single tip: Google Closure Compiler (the library we are using to minify our javascript files) was ignoring my logging setup.

It's like opening the closet you buried ten years ago when log4j was the one and only available choice. 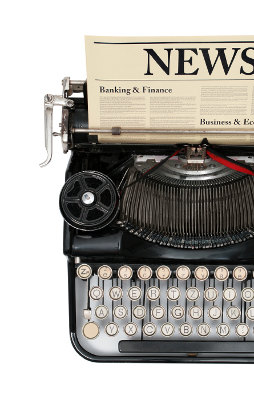 One thing is the logging framework (the thingie that writes stuff out):

Google makes a point of not including external dependencies with their libraries, and when they do the package name is jarjar'ed to avoid version conflicts. This would not be needed in an ideal world, but as long as framework designers keep making backwards-incompatible changes I think it's a sane decision. Anyone that has used ASM or even Google Collections / Guava knows what I'm talking about (fun trivia fact: the earliest occurrence of this practice I can recall was inside Weblogic 8.1 in 2003, but my memory is not what I would call a trustable source :)

With this strategy logging becomes a problem because at some point you cannot keep renaming classes. This makes the JDK logging the only remaining alternative - for Google, that is.

A bit of history here: when log4j was out, it could write anywhere: JMS, Database, Email, the OS event system, Grandma's Cheesecacke Recipes Book... But that was soooo 1999. Today we have aspects, servlet filters and all kind of interceptor mechanisms that make these options obsolete. Of the handful times I have configured a log that goes anywhere other than the standard output, I have always ended up replacing it with a more elaborate solution.

"Zillions of appenders" is thus not exactly an important feature in my book. Performance, stability and support are. A quick search using Google pretty much confirms that the competition is over. SLF4J is being widely used by other frameworks, includes an awesome support (with releases every couple of months, the latest at the time of this writing was July 2010), no major known glitches, and fits perfectly with all the logging frameworks mentioned before.

About the logging framework... well, I will keep playing with JUL and Logback, but log4j is left behind as far as I am concerned.

UPDATE: You can also see a longer explanation by the SpringSource team here.

This week we are releasing version 1.0 of SimpleDS. SimpleDS is a simple persistence framework for Google AppEngine…

SimpleDS 1.0_RC1 for AppEngine has been released

For those that know me from somewhere else, SimpleDS is our open source framework for persistence in AppEngine. It…