These days we got contacted by several companies from a couple of big bank groups. As it often happens with new customers, it's a "show me something that you have done" situation, which is totally fine. But with big corporations, it's not just a matter of what you have done as a company, but they need to dig deeper. They want to see the resume of the people that will be involved in their project.

Updating your resume is a terrible experience. It's a hateful document hard to format (not everyone is a designer at heart), hard to track for changes (how we miss Git here), and it only gets worse if all the documents presented by the same company should share the same format.

JSON Resume is a project that lets you keep your resume as JSON (hello again Git, it's been a while), then transform into HTML, text or PDF as needed. Their command line tool is simple as mecanismo del botijo, and you can select the format from the themes gallery. How cool is that.

Our only problem here is that all existing themes at the time were awesome at HTML, but not that much as PDF (that is the expected destination of all resumes, eventually). Also, the PDF output was different using the command line or just printing out the HTML file, but none of them proved satisfactory.

That's why we rolled up our sleeves and coded our own Kwan Theme, which starting this week is part of the official gallery. We also walked the extra mile to make the theme more compact, to make space for a lot of technologies on each page. 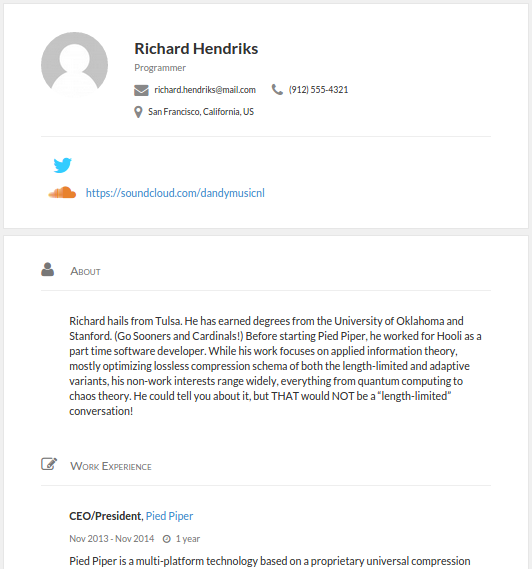 This is probably not good enough for someone searching for a job since it's still hard to make the whole resume fit in two pages. But as a company, it's a livesaver as long as you can comply with the JSON license: use for good, not evil.